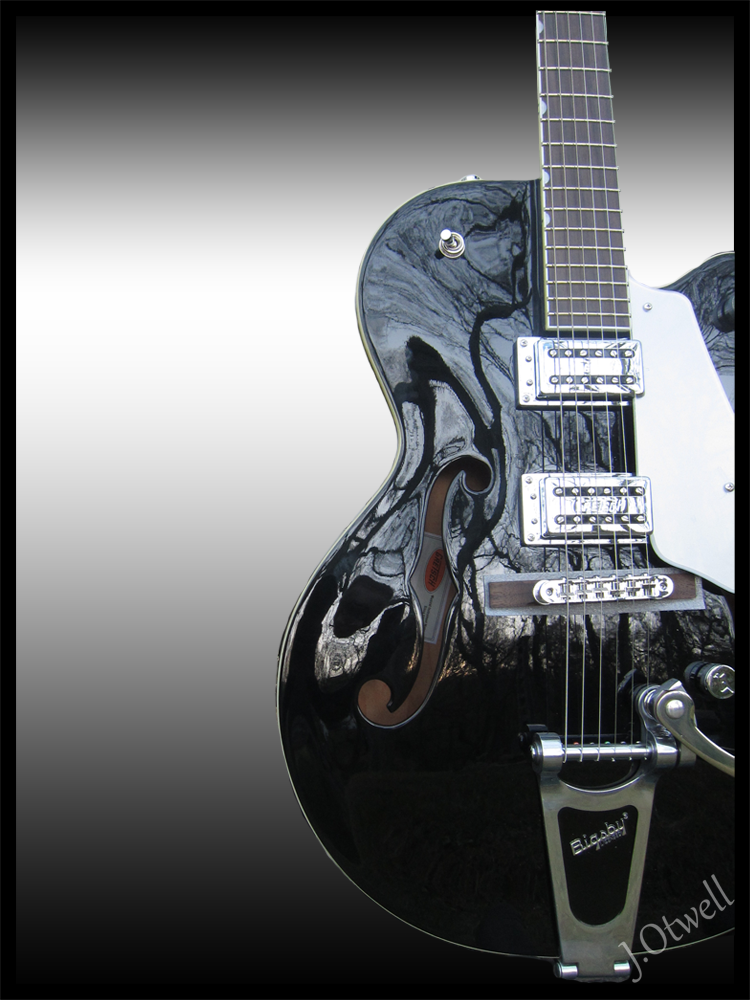 The first one of these I ever saw  was in 1960 at Liverpool’s Empire Theater, in the hands of Roy Orbison. In keeping with his image he eschewed the bright orange or red  6120’s favored by Duane Eddy and Eddie Cochran, instead opting for the slightly smaller 5120 in somber ebony, which at the time I thought  was way cool. I finally got around to acquiring one fifty-two years later!